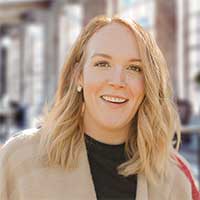 This fulfills the continuing education requirement of Alzheimer’s for the state of Rhode Island.

Alzheimer’s disease is a destructive, progressive, and irreversible brain disorder that slowly destroys memory and thinking. Alzheimer’s is the most common cause of dementia in older adults (1). For most people who have Alzheimer’s disease, symptoms first appear in their mid 60‘s (1). Studies suggest more than 5.5 million Americans, most 65 or older, may have dementia caused by Alzheimer’s (1). It is currently listed as the sixth leading cause of death in the united states. It is important to understand the signs and symptoms of Alzheimer’s dementia and how to manage the care of a patient, family member, or friend suffering from the disease.

In this course we will discuss Alzheimer’s nursing care. It will take the average learner 60 minutes to complete.