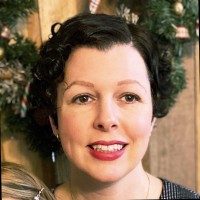 Human trafficking is a significant humanitarian issue in the United States and the world that has continued to grow in the past several years despite government and public efforts to combat it. With increasing news coverage of high-profile human and sex trafficking cases, the problem was recently brought into the American public’s eye. However, the results published by the Polaris Project make it evident that human trafficking is not just a problem of the elite or occurring in poorer areas. It is within our own neighborhoods and workplaces.

For healthcare workers in the United States, the war on human trafficking will be won through: gaining the knowledge to recognize the warning signs and specific characteristics of a potential trafficking victim; the most effective ways to intervene, which will enable the victims to gain access to help; and where to garner additional support in addressing the issue.

In this course we will discuss human trafficking. It will take the average learner 60 minutes to complete.